People take part in fitness retreats for a host of reasons. Weight loss retreats are common, as are yoga retreats and those dedicated to strength training. If you're overseeing a fitness retreat at your local fitness center, whether it lasts just one day or goes on for a week, you want the participants to get the most that they can out of it. They'll feel empowered with what they've learned, and they'll also be eager to spread the news about your event to their friends — and this can make it easy for you to get enough interest to hold another fitness retreat. At the end of retreats, it's conventional to give your participants a form on which they can evaluate you. You should also think about giving them an exercise in which they evaluate themselves by answering these questions.

What Healthy Changes Will I Now Make?

A chief goal of the fitness retreat is likely to empower the participants to take the fitness-focused ideas that you've introduced and implement them in their daily lives. Having the enrollees answer a question about what healthy changes they'll now make as a result of attending the fitness retreat can help them to identify the value of the event, as well as take the momentum that the event has created and move forward. For example, someone at a weight loss retreat might make the change of skipping dessert six nights a week.

How Has My View Of Fitness Changed?

Asking the participants to detail how their views of fitness have changed can also be valuable. People often have incorrect assumptions about fitness-related topics, but a fitness-focused retreat can correct many of these erroneous beliefs. For example, someone may have felt as though devoting 20 minutes a day to exercise would be all but impossible, but your seminars on finding ways to sneak fitness into the daily routine could have erased this common misconception.

What New Fitness Goals Will I Set?

People should hopefully feel so excited about fitness after attending your retreat that they're eager to set new fitness goals. Some of your participants may not have had goals, while others could have had extremely modest ones. Having gained a considerable amount of fitness knowledge over the course of your retreat, it's important for the enrollees to think about how they'll now approach their fitness goals — and how they'll make fitness a top priority, thanks for their participation in your event. 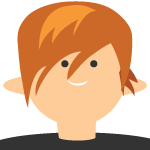 Whether you're in your 20s or 50s, finding ways to lose weight isn't always easy. As a mother of two young children, I don't always have the time to exercise. The lack of working out eventually took a toll on my health. I knew that if I didn't take steps to get in shape, I wouldn't be around to raise my kids. After a great deal of thought, I decided to go on a workout plan. I searched the Internet for exercises that not only improved my health but gave me a new outlook on life. I felt so empowered about the changes in my life that I developed this blog. I want to help other adults get back in shape and improve their health as well. Feel free to read my blog. I hope the information empowers you to get fit and healthy.

Benefits Of A Bungee Rebounder - 6 January 2023

Gained Weight During The Pandemic? 2 Ways To Lose It - 9 December 2021